On 3 July, the partners based at the University of Buea held a Expert committee meeting/workshop to design a building code for the seismically active region of Mount Cameroon. This workshop was a continuation of the short course held on the 25th June 2019 on “the design and enforcement of a building code for the earthquake prone Region of Mount Cameroon”. A total of 60 participants who ranged from scientists, structural engineers, architects, seismologists, mayors and traditional rulers attended this training course. The resource persons were mostly scientists, engineers and architects who gave presentations emphasizing the need for the development of a building code for infrastructure at the flanks of Mount Cameroon. The short course was officially opened by the Vice Chancellor of the University of Buea, Prof Ngomo Horace Manga who applauded the efforts of Prof Ayonghe Samuel and the PPU team for the amount of work done towards sensitizing the population of the Mount Cameroon area about the causes and impacts of earthquakes and volcanic eruptions (see photographs). 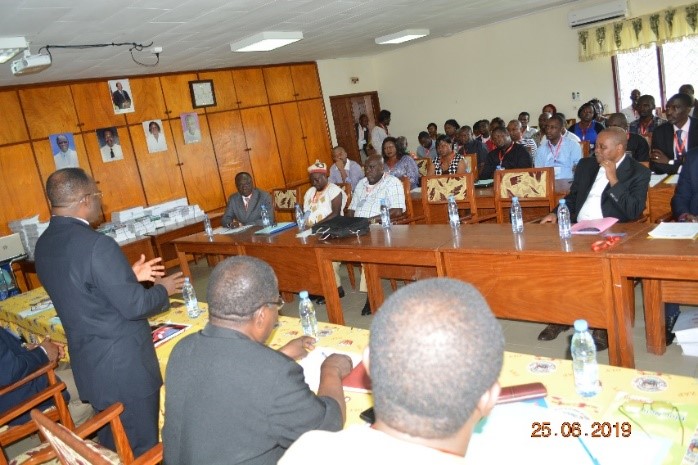 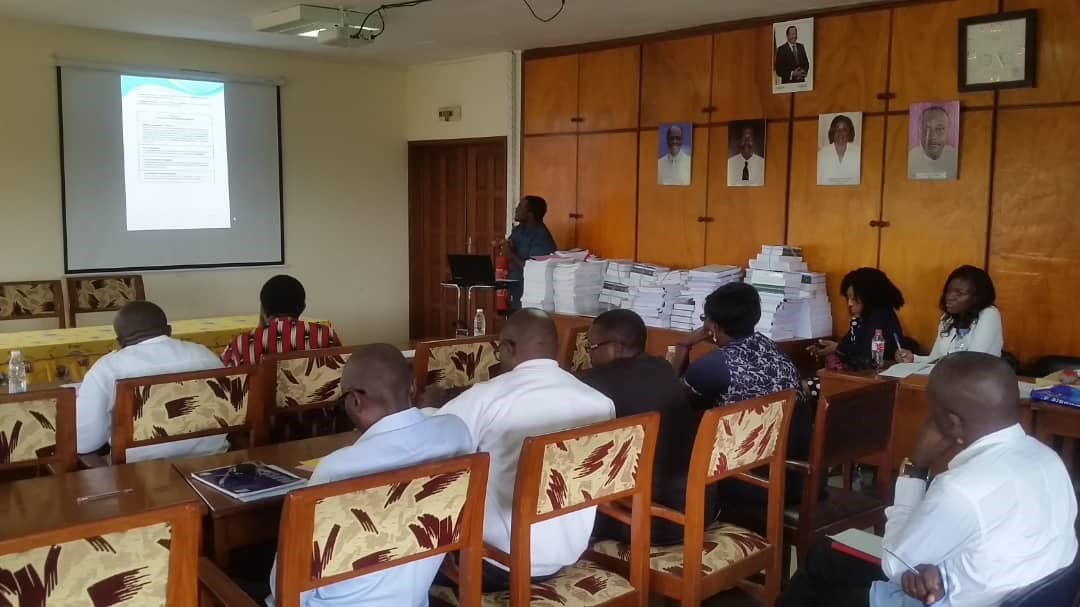 In the first phase of the short course topics addressed ranged from the  overview of earthquake types and distribution in Cameroon and the Mount Cameroon region (Prof Tabot Charles, a seismologist); effects of earthquakes on buildings and related structures (Prof Agbor Dieudonne); together with topics that provided expertise and technical knowledge on the underlying principles needed for the design and construction of earthquake resistant structures (Mr Sumbele, Architect; Mr Kale Joel, a Structural Engineer; Mr Fuoh Emmanuel, a Structural Engineer) and information on the usefulness of a building code for the seven (7) municipalities situated at the flanks  Mt Cameroon (Prof Samuel Ayonghe and Dr Nde Peter Fon).

The second phase of the course was a discussion session which was chaired by Prof Njilah Isaac (from the partner University of Yaounde 1) and Dr Mabel Wantim. After a lengthy discussion it was decided that an interdisciplinary team of experts should be developed as resource persons to formulate the building code based on pre-existing codes from other countries. A list that comprised of 30 persons made up of structural engineers, architects, environmental scientists, geologists and counsellors was then set up to facilitate this during a subsequent workshop which held on 3rd July 2019.

The expert workshop was Chaired by Prof Ayonghe and coordinated by all the PPU UBuea team, this workshop was composed of experts in structural/civil engineering, urban planning, architects, environmental scientists, geologists, council workers and traditional rulers (see photographs). The purpose of the meeting was to review earthquake building codes from other countries to enable us develop an earthquake building code for the Mount Cameroon region. Existing earthquake building codes from Rwanda, Britain and Peru were reviewed. A detailed presentation on the Peru code was given by Mr Kale, a structural engineer from the University of Buea. Based on this presentation it was unanimously agreed that the structure of the Peru building code should be adopted with modifications to fit the Mount Cameroon scenario.

Work is ongoing on this. For proper enforcement of the code once it has been established it was recommended that sensitization should be carried out using the media, schools, flyers, churches, traditional rulers, etc. In addition, councils were given the task to enforce the use of the building code and allocate penalties for defaulters.