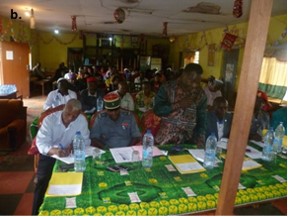 In July 2017, students and staff at the University of Buea ran two workshops with the local communities of Ndu and Bafut in the North West Region of Cameroon. The aim of these workshops was twofold. Firstly, these workshops created an opportunity for the researchers (disaster risk students)  to present the findings of their research  concerning the possible impacts of climate change on food and water security. Secondly, these workshops were an opportunity for open discussion and debate on possible mitigation strategies – a first step to reducing these communities’ vulnerability to these changes.

The first workshop took place on the 8th of July 2017. The aim of the workshop was to share research findings about the possible impacts of climate variability and change on tea production in the Ndu Tea Estate (NTE) which were uncovered in the masters research of Godwill Tansi.

The NTE is a plantation with 2,000 permanent workers and 10,000 part-time workers.Over 70 people participated in this workshop including prominent  stakeholders such as the Ndu Tea Estate Manager and workers, the Divisional Officer for Ndu, Traditional Rulers,  other farmers (including privately owned tea plantation owners) and public servants.

The research findings of the thesis revealed that for during this study period (1991 to 2014), the temperature in Ndu had increased by 1.2° C. In addition,  the pattern of annual rainfall between 1991 and 2014 depicts a decreasing trend over Ndu. During this time, there was a decrease in yield of tea. An issue that was compounded by an increase in the population of pests that fed on the tea crops.

Several strategies were proposed to improve on the tea yields, including the introduction of drought-resistant species and improving the availability of meteorological data to the farm workers at the appropriate time so that they could better plan and prepare. The Estate Manager of NTE and other small-scale tea owners all expressed their concern for the decline in yields and their appreciation for this research. 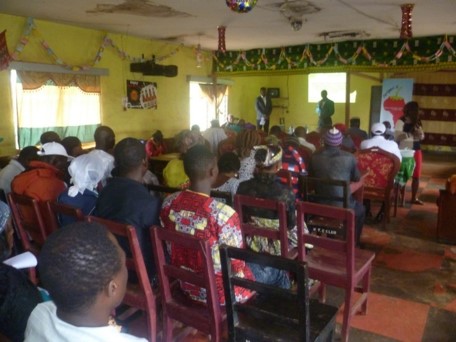 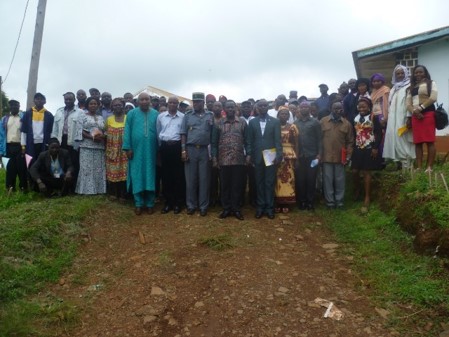 On 25 July 2017, the second workshop took place at the Council Hall of Bafut. Approximately 55 participants were present at the workshop which included major stakeholders in the community such as a representative of the Fon (traditional leader) of Bafut, the Lord Mayor, the Divisional Officer (D.O),  the Delegate of Mines and Power and chairpersons of five local pipe borne water project schemes. The Bafut village has a population of over 80,000, and the majority of them do not have access to potable water sources. The purpose of this workshop was to present the research findings of Ms. Modest Lumnwi’s Masters thesis which focused on the state of pipe borne drinkable water supply in South East Bafut.

The findings   presented to the community and stakeholders included  that the majority of the people living in the South East of Bafut do not have access to sufficient quantity or quality potable water. For example, while the WHO standard of water/person/day is 20 litres, most people surveyed only access 6.5 litres/day.  With regards to the quality of the water, all of the water sources in Bafut were contaminated with faecal coliform (bacteria). It is possible that this is caused by  unregulated activity at the catchment sites, such as farming and cattle grazing; the absence of treatment protocols and the presence of rusted pipes.

As in the previous workshop,  recommendations were made for improvement in the quantity and quality of the Bafut potable water sources. For quantity, the recommendation was that both field and remote sensing techniques be used to delineate catchment areas. Initial recommendations for improving water quality include that the water be boiled and filtered before drinking while the community work to put  better measures  in place. 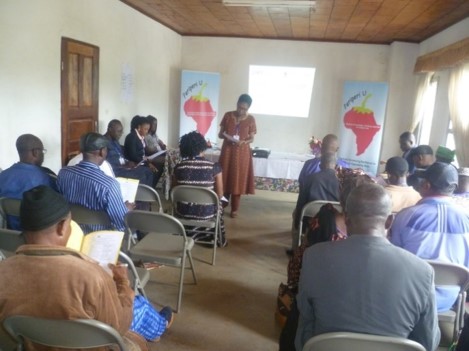 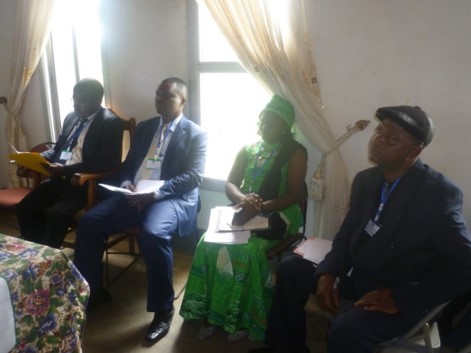 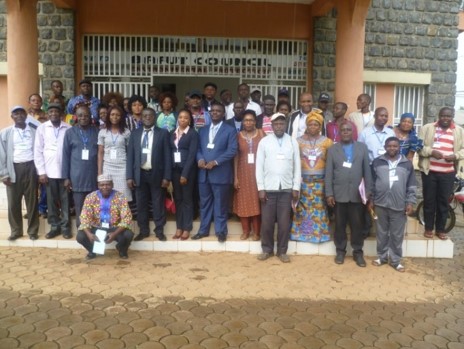 While the workshops were very successful at engaging with communities and local stakeholders and identifying potential solutions to many of the issues they face, the challenge which remains is translating words into action. Professor Ayonghe at Buea University stated that while communities appreciate the outreach and sharing of research between the university and communities, such affected communities want immediate solutions to solve their problems, of which the university lacks the resources or expertise to implement. However, to overcome this the Periperi U team at Buea University, have produced reports for each of the affected communities outlining the main research findings, major issues which hinder the communities, recommendations for action to solve these problems, as well as potential stakeholders and institutions that should be engaged with to attempt to see the recommendations put into action.  Through such reports, it is hoped it can empower communities to take ownership of the initiatives to reduce their risk.