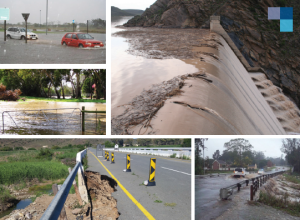 OFF THE RADAR: Severe storms and their impacts in the Western Cape, South Africa

The Research Alliance for Disaster and Risk Reduction (RADAR), the South African Partner of Periperi U based at Stellenbosch University, have completed their current research project focusing on analysing severe storms and their 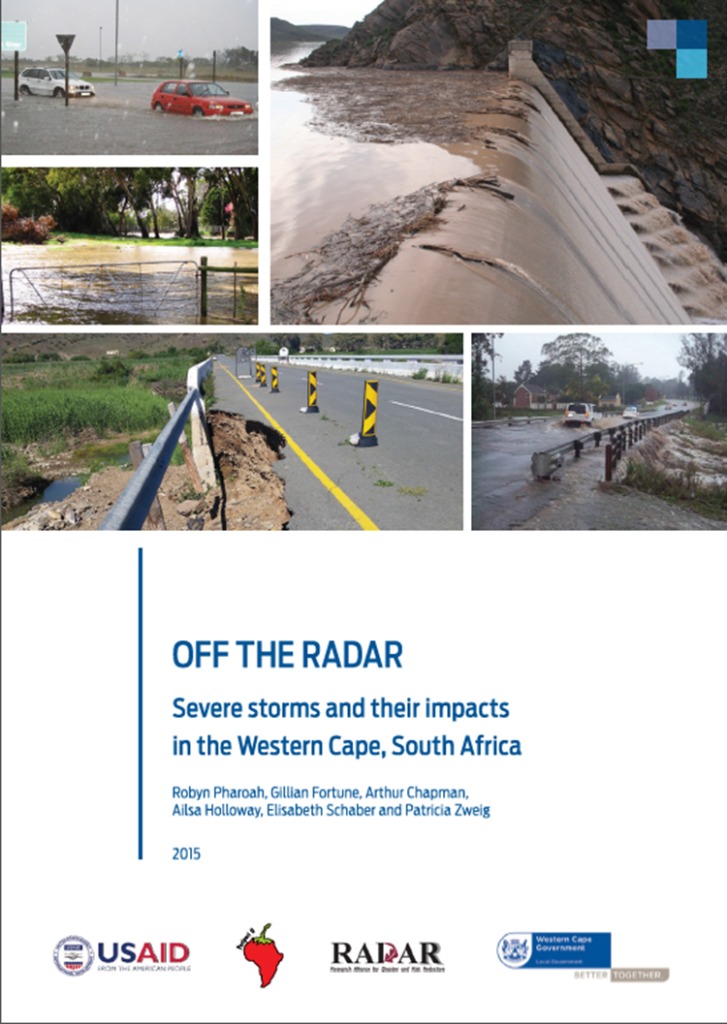 impacts in the Western Cape of South Africa.

Between 2011 and 2014, the Western Cape experienced four severe weather events that resulted in declared disasters (storms occurred between 7-9 June 2011, 15-17 November 2013, and 6-10 January 2014, while two successive storms occurred between 6-7 July and 7-9 August 2012. With the exception of the August 2012 event, the storms were linked to cut-off low weather systems, which frequently trigger damaging flooding in South Africa.

These storms resulted in widespread flooding, and between them affected virtually the whole province. Ten people lost their lives, and more than 1,000 people were evacuated – from informal settlements and low-cost housing areas, to farms and more affluent areas. The flooding in2013 led to the evacuation of 121 patients from the Mediclinic Vergelegen in Somerset West, the first evacuation of an entire hospital recorded for Africa.

This brief highlights the key findings of post event reviews for each of the events, which covered;

• meteorological and hydrological aspects of the events;

• their impact, particularly the costs to government and farmers;

• factors that escalated or minimised the storms’ impacts.

Click on the book to see the research brief

The research was undertaken by the RADAR, in collaboration with the Western Cape Disaster Management Centre (WCDMC), and the provincial Departments of Agriculture (DoA) and Transport and Public Works (DTPW).